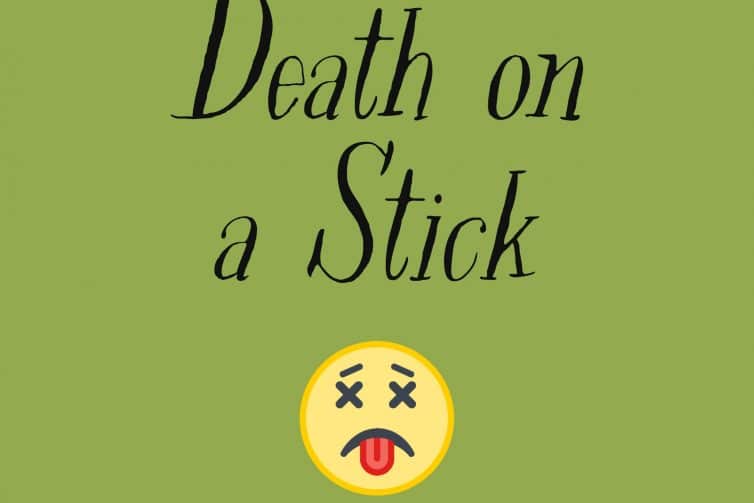 I’m now past 17 weeks pregnant with my fourth baby (I lost my first baby, Sam, in early pregnancy). We found out about a month ago that we’re having another daughter, who we’ve named Amelia.

To put it mildly, this pregnancy has been a rough time. I’ve been dealing with severe nausea nearly 24/7 since five weeks of pregnancy, along with food aversions, frequent acid reflux, and some gnarly headaches. To put that in perspective, as long as California’s stay-at-home order for coronavirus has been in effect, I’ve been sick for several weeks longer than that. What I wouldn’t give to just be quarantined and not feel miserable at the same time.

Let’s talk for a second about “morning sickness.” Personally, I find this term irritating and refuse to use it. Not only is it inaccurate, since pregnancy nausea can hit at any time of the day, but it also has a connotation of some mild, benign, perhaps slightly uncomfortable symptom of pregnancy. “Oh, it’s just a little morning sickness.” No. Just no.

I prefer many of the other options for what to call this hideous phenomenon. NVP, which stands for nausea and vomiting during pregnancy, is appropriate. Pregnancy sickness also works perfectly fine, and typically I use that term. I’m pregnancy-sick. Sounds accurate.

Anyhow, pregnancy sickness is common during the first trimester, and for many women it involves both nausea and vomiting. Often, it doesn’t last all day but hits at specific times or based on specific triggers, which can differ for each woman. Then there are some women who only have nausea without vomiting (me), and those who have it nearly or actually 24/7 (also me). And of course there are some women who don’t feel sick at all (definitely not me).

Then there are the unlucky few for whom pregnancy sickness is more severe and longer lasting. These women are typically considered to have hyperemesis gravidarum, which basically translates to “a whole lot of vomiting.” One of the main symptoms of HG is throwing up a lot during pregnancy. Women with HG often end up dehydrated and malnourished, and may need to be hospitalized for periods of time. Unfortunately with HG, many women continue to feel sick until the day they give birth. About 50% feel better by 20 weeks of pregnancy, but for others there is no relief until the baby is born.

In my case, even though I’ve been struggling with severe, often debilitating nausea that is now lasting well beyond the beginning of my second trimester, I have never thrown up during this pregnancy. While I’m grateful for that aspect of it, it’s still really difficult to feel horrible and nauseous constantly for almost three months straight now.

I have every other symptom of HG, though, including being unable to function normally, being slow to gain weight, and having difficulty staying hydrated and eating enough. It’s unbelievably difficult for me to eat and drink as much as need to, and as a result I have only gained one pound so far, and a couple of weeks ago I actually lost a pound. By this point, I should have gained about 5-10 pounds. I’ve never had trouble gaining weight in pregnancy before, so this has been particularly unnerving.

In general, I’ve been in what I call “survival mode,” doing the bare minimum of trying to eat enough and drink enough and feeding the kids. Cory has picked up the slack in almost every other area, doing dishes, laundry, pet care, and caring for the kids when he’s not working. I help when I can, and I’ve been able to ignore and power through my discomfort on a few occasions to do things like get our house ready for showings. (Yes we’re selling our house in a pandemic. That’s a topic for another post.)

So while I don’t feel completely certain in identifying my discomfort as hyperemesis gravidarum, I do suspect that it might be so. Essentially having HG but without vomiting is very invalidating. That’s weird to say, but what I mean is that since I don’t look like a typical HG case, I don’t feel like I have an appropriate label to give myself. At least if I did then I could explain to people that I have a legitimate medical problem. Instead I’m just going through “morning sickness.” Which as I’ve already mentioned, is just a hilariously inadequate term for me.

That aside, I’ve struggled with depression as a result of my intense discomfort. (Depression is also common with hyperemesis gravidarum). I’ve felt hopeless, desperate for relief that doesn’t come, and just over life in general. My mood has been less than positive, and I know I haven’t been the wife or mom that I want to be. I simply haven’t been able to. (I’m mostly past these feelings at this point, fortunately, and I’m starting to feel more like myself again).

Also, as much as I wanted to have another baby and very much intentionally conceived, I struggled with feeling excited about this pregnancy until recently. I had a hard time connecting with the baby, harder than it was with either Cody or Abigail. Feeling her kick has been a game-changer, and I’m lucky enough to already be feeling her because it really helps me bond with her. Another thing, though, is that while I was okay with having either a boy or a girl, I really imagined a boy and started to want that. Sometimes I still catch myself thinking about the baby in terms of the boy name we had picked out. When I found out we’re having a girl, I felt a little jarred.

In sharing all of this, I don’t want anyone to think that I take for granted how blessed I am. I am very thankful that having babies biologically is an option for me, and of course it is worth it. I love Amelia and very much want her. I am fully on board with having another girl, since that is what God has chosen for us and he always knows best.

But I think it’s also fair to feel how I feel, which is honestly just miserable and hating pregnancy. A lot of people don’t believe me when I say this, but I will never do this again (as long as I can prevent it). I knew going in that I might suffer as I did with my previous pregnancies, but I really didn’t let myself believe it would be worse or this bad. I can only imagine how horrible a fourth pregnancy would be for me… and really, I don’t want to.

So yeah. This is my last biological baby, and wow is this pregnancy has been giving me a hard time.

There’s a saying I’ve heard, that when you reach the end of your rope, you should tie a knot and hold on. Well, I’ve been dangling from this knot at the end of my rope for weeks now and I’m not sure how  my hands are even holding it anymore. Truthfully, it must be God holding on for me at this point because I know I should’ve fallen off of the cliff by now.

This may all sound absurdly dramatic. I think it’s hard, or more like impossible, to understand when you’re not in it, or haven’t been through it. I read an article about HG that really hit home recently, and it described it as feeling like death on a stick. And that is just so perfect.

So I’ll just be here for a little while, feeling like death on a stick, until it’s all over. Hopefully soon, but I’ve been saying that so long that it’s lost all meaning. The best I can say, I suppose, is eventually. Eventually, I will feel good again.

This week, at least, I have noticed that my nausea isn’t as severe for as much of the day. Today, for instance, it didn’t start until 10:30. As I’m writing this, it’s not hitting me like a ton of bricks, but more like a quiet voice in the back of my mind just whispering “nausea” and “headache” instead of shouting it. So at least that’s something. Maybe, after this week, I can downgrade “death on a stick” to “ick on a stick.”

Whatever path my pregnancy sickness takes, I will get through this. It’s already worth it just to feel Amelia’s little kicks. She is my child and I’d do anything for my children–including feeling like death on a stick (or “ick”) for months and months.

P.S. Yes, I have tried that thing you’re thinking you might suggest. This isn’t me not trying everything I can to feel better. I have tried all of the things. This is just me accepting that pregnancy will not be comfortable for me. And yeah, it sucks. It’s okay to just say “I’m sorry it sucks.”

P.P.S. I do very much appreciate those in my life who have tried and continue to try to help me. I feel loved and cared for and it means a lot to me. Your prayers are the most valuable thing you can give.